Preparing for an ORT You’ve been taking Nose Work classes for a while, and now you’re thinking that you might want to compete with the National Association of Canine Scent Work (NACSW). Before you enter any NACSW Competition, your dog first needs to pass an Odor Recognition Test (ORT). The ORT is meant to show that your dog recognizes and values the relevant odor, before subjecting her to the rigors of a Trial. So, what’s involved in preparing for an ORT?

What is an ORT?

The ORT usually takes place indoors. The Certifying Official (CO) will line up 12 identical closed boxes, in two rows. Each box will be 48″ away from the next box, and at least 48″ away from any wall. Eleven of the boxes will be blank. The CO will place the relevant odor inside just one box. Your dog must find the correct Odor Box, and have a change of behavior that you can recognize; you must call ALERT. If the judge says YES, you may reward your dog, and celebrate: you’ve passed that odor! If the judge says NO, you will be directed to the correct odor box, where you may reward your dog: better luck next time!

You and your dog will have three minutes, so you don’t have to rush. Three minutes is a really long time for this search.

The ORT is pass/fail. It doesn’t matter if you take two seconds, or two minutes 59 seconds. There are no 1st, 2nd, or 3rd place ribbons. The scores are not posted anywhere, and you’re the only one who will know how fast you and your dog finished.

Augie’s handler very generously allowed us to share the videos from his ORTs, so you can see what the searches entail. Because the stakes are high, Augie’s handler wanted to be absolutely sure before she called ALERT, so she asked him to check the boxes twice. Even so, each search was completed in under 30 seconds. Augie passed all three odors on his first try! Way to go Team Augie!

Waffles passed all three odors on her first try! She is environmentally sensitive, and also shy of new people. It takes her over a minute, in her first search, to get comfortable enough to give full attention to the boxes. This is very common, and I’m so glad that Waffles’ handler gave us permission to share this video! Perhaps your dog is sensitive, like Waffles. If so, the more new places you can do Nose Work with your dog, the better.

Even with a slow start, Waffles uses less than half of the three minutes allowed. In her next two searches, she’s familiar with the room, and remembers how much fun it is to check out boxes and follow odor to source. Watch her happy, confident gait! Very nice job, Team Waffles!

One more example: Tigger and Linda. Tigger was confident in the search area, focused on the game and excited to play, and understood that his goal was to find the box holding the odor. Linda trusted Tigger’s “Alert” communication, based on the training leading up to the event.

The ORT tests the three K9 Nose Work odors, one at a time: Birch Oil, Anise Oil, and Clove Oil. You may enter for any odor(s) you have not yet passed, and feel that you and your dog are prepared for.

If you wish to compete in any NACSW competition, you first must pass the ORT for all three odors. You do not need to pass all of the odors on the same day, nor in any particular order.

During the search, you and your dog will be expected to follow certain guidelines.

Spectators and Videos/Photography at an ORT

You may bring along one or more spectators to watch you and your dog during your ORT. (Note: Due to COVID, spectators may not be allowed.)

More ORT hosts have thankfully started to provide videography your searches, for later purchase. If not, with your permission, your spectator(s) may video and/or photograph your ORT search. You may share videos and photographs of your own ORT search with whomever you wish, including on social media platforms. I encourage you to purchase your ORT videos if available, or if no service is available, have someone video your ORT searches! This is for your learning and your memories, and to share with your instructor, who would very much like to see your team in action.

Preparing for an ORT

Are you ready for an ORT?

If you are unsure about any of the above, your instructor can help you prepare.

The entry process for an ORT can vary. The ORT is generally first come, first served. The ORT host is responsible for collecting the entries, and selecting the competitors. Some ORT hosts do this through a website; others have you fill out a form and mail it in. The ORT host will specify whether you’ll pay by check, by credit card, by Pay Pal, or by another method; payment will be required to reserve your space. The ORT host will also maintain the wait-list, if any.

Both handler and canine must be current registered members of the NACSW.

Will I see you at the next ORT? Have you been successful in preparing for an ORT? I hope so! Not sure? Contact us for classes! 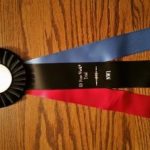 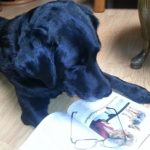